Spilled Ink Cinema, LLC  (SIC Films) is the brainchild of Michael E. Berg as a means to facilitate quality films from the heartland.  He’s an award-winning director & producer along with being a published screenwriter who has written two features and several short scripts — forging his path to Hollywood with every keystroke & master shot.

Michael has been a film geek since the days of riding his bike to the local video store and renting VHS tapes. (Who else remembers “Be kind, rewind”?)  He’s also an early investor of Legion M, the exciting new enterprise that he hopes will lead to bigger things in the future.

Spilling stories off the page and onto the screen. 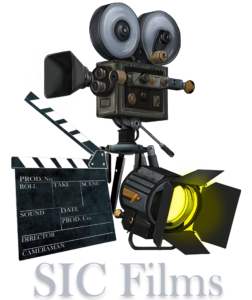